Hey guys, I made some order in the main page of the wiki so that it won't look anymore like a mess. Now it's a bit empty but it will grow. Have fun editing!

Heya, I've been contributing most of the verbiage on the pages and will register soon so it will be easier to keep track of my bits. I've added a bit to abilities though I'm not completely sure it fits there; there are two abilities in the game that aren't explained to any degree, by holding shift and hitting either lmb or rmb (Mouse buttons) you get an effect.

The Left mouse button causes a melee attack that required energy, and is likely psy based. It can throw or even ignite enemies after killing them, and I assume this is the melee alternative to someone who is a powerful psyker, but not so much phsyically.

The Right mouse button, when held and with a gun equipped, will cause you to hold the weapon in front of you in a defensive position. The effect is negligable with smaller weapons as they have very little mass, but with larger weapons (like the minigun) it can be used quite effectively as an impromptu shield.

What are we doing about spoilers? Should they be marked at all? And if so, are we counting the three gate powers as spoilers?

I've added some navigation icons to the front page as part of the new design for the wiki.

The icons will function the same way as links below them. I have a template ready so if you'd prefer another size, layout, size, form or image I can fill your request. Currently each of the images have been elected from the official page of the game and i measured them up to fit with the text.

The icons themselves are a kind of copy of the Dragon Age Wiki ones, however, they are smaller and they have a black outline, this is because we're not using a darker background type so that way might be harder to spot in that regard.

I believe these will serve us well until we gather up some feedback and find out if we want another design.

Can photos be deleted somehow? If someone has the authority to do so, you can delete Manduco.png and Forma.png

Instead of adding new photos upload a new version of the photo using the special option under the file timeline/cronology, also sign yourself please. After you update your photos I will it delete the ones you need to be deleted, post them on my talk page.

If you are wondering why I was uploading images related to advertisement, this is what i uploaded: 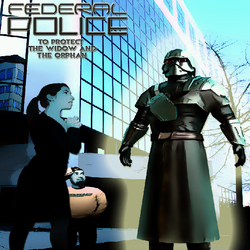 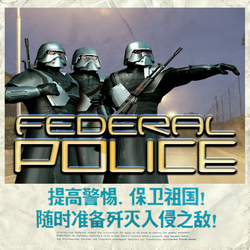 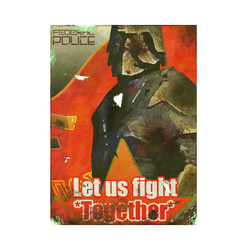 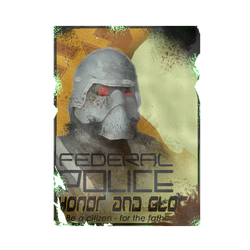 Add a photo to this gallery

FINALLY! I just sat like 3-4 hours straight with the god damned Actions Page. It's not really finished, some parts need polishing. Also the PSI powers and Cyber Control pages should be wiped clean and redirect to the Actions page. The Actions button under the Menu Bar should now lead to Actions instead of Category:Actions.

So FINALLY the game has been patched, and that means that pretty much every page on the wiki has to be updated.

Also Controls should perhaps be added to the Gameplay drop-down menu.

"To do" list[edit source]

I'm thinking of making a "to do" page. I'm at work, so I haven't yet, but later today I'll make one (if there isn't one already.) Things on it would be like pages planned, planned changes to existing pages, templates to add, images wanted, etc. If someone's already made this and I just can't find it, then I won't waste the time.

I don't mean stubs necessarily, I can see those if people have properly tagged them (and so far they seem to be doing so.)